While there are many worthy technologies that have changed the way we work, these ten are DUO’s top picks (in no particular order):

Google Search – Where would PR be without Google? Actually, where would society be? Driven by a credo of ‘Easily find useful information’, Google allows us to do just that. Suddenly, we were liberated from sitting in dark libraries operating dusty microfiche to get to grips with our clients’ industries. Google opened the door for PR pros (and everyone else) to tap into the collective knowledge of the world, with minimal effort and at no cost.

The USB flash drive – Before these tiny game-changers arrived, we were forced to either unreliable floppy discs or to print out every page of a presentation. In Cape Town this often meant you running and jumping around trying to catch pages ripped from your grip by a sudden gust of the South-Easter. The first flash drives were released in late 2000 but only offered a negligible storage capacity of 8MB. Today, USBs can hold up to 1TB of data, enough for even the most elaborate of PowerPoint presentations.

Google Maps – Not too long ago, we were driving around with one hand on the steering wheel and one eye on the road, most of our attention focused on trying to decipher a printed Map Studio street map book in an effort to figure out where we were headed and how to get there. Google Maps saved us from this, and we’ll never look back.

High-speed broadband – While broadband in the theoretical sense has been with us for much longer than ten years, it’s only been in the past few years that South Africa has had anything approaching true high-speed internet. This has opened up new channels for digitally savvy PR pros who can tap into the hugely influential communities on YouTube, Facebook, Twitter and other social sites with rich content-driven campaigns.

BlackBerry – Sure, it’s not the sexiest device, and it was caught napping by the technologically superior and far better looking iPhone and Galaxy devices. Plus the camera was terrible, and it looked a bit like a geeky calculator. But the impact of the BlackBerry on the world of PR cannot be overstated: for the first time ever, we could instantly receive and respond to client and media emails wherever we were, coordinate entire media campaigns away from our offices and get in touch with clients and colleagues via BBM. And the battery seemed to last forever. 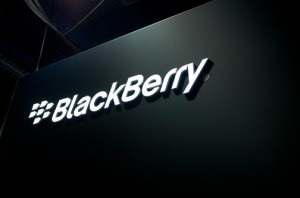 iPad – When Steve Jobs revealed the first iPad in 2010, it instantly became the world’s most desired product. But it would take some time before we realised the device’s potential for changing the way we worked. Take your email, presentations and documents with you wherever you go in a device smaller and lighter than a laptop (and far more convenient to carry around) but easier to work on than a mobile phone. Plus there’s the undeniable ‘cool factor’ of twisting the smart cover to prop it up, pressing the home button to light up the screen in seconds and looking expectantly at a client to take a brief. 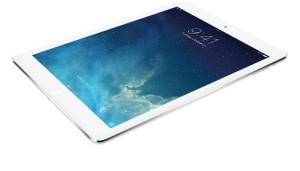 Skype – Just as BlackBerry revolutionised communication outside of the office, so Skype did inside it. The free messaging platform is a favourite among deadline-driven workers who hate the intrusive nature of emails, allowing us to quickly respond to questions in a few words without switching away from an important document. There’s also the video call function that connects office workers in remote locations – one day we may all just be computer screens facing each other around a boardroom table, while we sit on a beach somewhere sipping iced tea. The PR pro’s dream!

Evernote – While it might not be the most exciting product on the list, this cloud-based note-taking and storing service is a favourite among tech savvy PRs. Create and centrally save documents that can be accessed via any connected device at any time, and share them with contacts quickly and easily. Evernote really makes a difference when there are multiple people in various locations working on the same project and they need real-time collaboration. LinkedIn – The social network for professionals has matured into an invaluable platform for information and networking. Connect with clients and colleagues, build an online resume and participate in interest groups specific to your and your clients’ industries. It’s a great way to find and recruit talented professionals, and seems to really have come of age in SA recently, with more than two million users locally.

WhatsApp – Recently snapped up by Facebook for a cool $19bn (R210-billion!), WhatsApp is essentially a BBM for people without BlackBerries. Invaluable for events, this app enables free instant communication between people or groups no matter where they are in the world.