Bitcoin companies excite the tech PR geek in me 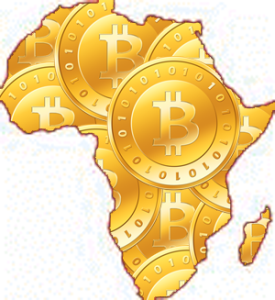 “What I would describe as the core innovation in Bitcoin, is the ability to have an autonomous economic system that is outside of the current financial industry” – Jonathan Levin, Coinemetrics.

The Bitcoin conversation isn’t new, in fact it started six years ago and I’ve come to learn that with any new technology innovation, one needs to allow the early adopters time to geek out and catch up with them once the technology matures a little. This attitude to new technology has enabled me to still get excited but remain optimistically cautious in the early adoption phase.

When founder of Gyft Vinny Lingham, stated during his talk at the Bitcoin Africa conference, that in his experience there are people who only earn and spend in Bitcoin via Gyft – my eyebrows raised looking like the big-eyed WhatsApp emoticon. How is it that in only six years, some people are actively engaging within a financial system completely foreign to the vast majority of citizens? According to Lingham, Gyft is the first company to allow US customers to spend their Bitcoin in the market. Interesting to imagine that in over 100 000 stores in the US, one can use Bitcoin to purchase Gyft cards to spend on various consumer items. (For more on Vinny’s conference presentation, you can listen via this Soundcloud link.)

FACT: There are people earning and paying for basic things with Bitcoin

Jonathan Smit of Payfast, a payments processing service for South Africans and South African websites, shared an example of how one of their clients used his Bitcoin to purchase high tech equipment for his business. Upon further research, they learned that he was an early adopter, mined Bitcoin for years and did not have enough Rands for his purchase. The minute Payfast opened their platform to buy and sell in Bitcoin, he could use his Bitcoin for much needed business assets.

At this point in the conference, my tech PR hat switched on and it was burning brightly by the time Simon Dingle took the stage. He describes himself as a huge fan of Bitcoin and what’s happening in the space. Dingle heads up product design at BitX and is passionate about creating solid experiences for the next generation of Bitcoin users.

“I do believe that Bitcoin has real benefit to offer in the B2B space and a way of transferring value, I also think that it has a lot to offer consumers. It will reach the edge of the network and do meaningful things there IF we design it competently to do that.”

Dingle noted that right now Bitcoin is volatile, but personally he does not think it will be forever. He cautions that we must not confuse the short to medium term volatility of Bitcoin with its long term awesomeness.

“Technologically Bitcoin is quite complicated and that’s a good thing, but it is also remarkably simple when you get down to what you can do with it. And in that way I like the way Bitcoin in its current form is compared to the early internet. The early internet was something that was just perceived as complicated, nerds were excited about it, nobody else thought why they should be and thought it was going nowhere. But of course it was going somewhere and as complicated as it is, the moment you get it into your hands and it does something awesome for you, all of a sudden the lights start coming on and it becomes obvious why this is so awesome.”

“Bitcoin is at that stage right now where the nerds are excited, and I do sympathise with the people out there who look at the current state of Bitcoin and its complexity and don’t understand why they should be excited too. But as someone who is also a designer, I see Bitcoin as having a bit of a design challenge. We have a really elegant piece of technology in a pretty crap body at the moment.” Dingle suggests that we look at Bitcoin as a product.

(For more on Simon’s talk listen via this Soundcloud link. You can also see slides to his conference presentation via his blog from Slide 8: http://www.simondingle.com/bitcoin-going-big/)

Why I want to do PR for a Bitcoin company

In the words of Steve Jobs, “Innovation distinguishes between a leader and a follower”. In PR my goal is to be a leader as I grow in my career.

2) Learning to bring clarity to complex tech solutions – ‘Disruptive technologies are positively impacting the world in which we live, creating new wealth and reshaping economic and social policy. Having clear messages and public relations programmes in place that enable technologists, scientists and other experts to distinctly articulate their vision can not only help them become industry leaders and advance their technologies, but provides organisations with a voice in the marketplace of ideas, facts, and viewpoints to aid informed public debate.’ (via The Role of PR for Technology by Patti Hill & Duana Welch, PhD). The PR landscape is ever changing, what better way to implement new digital tactics, than with a disruptive tech company.

The recent report by CoinDesk – the site that provides news, prices and information on Bitcoin and other digital currencies – states that Q1 2015 was the biggest quarter for Bitcoin investment, $226 million invested out of $676 million for 2015. Bitcoin is becoming more attractive to typical financial types and Sub-Saharan Africa is the most fertile market for Bitcoin at the moment – this adds a cherry to the cake on why I want to do the PR a Bitcoin company.