The death of television, or just a digital shift? 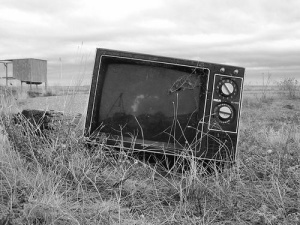 While it’s true that subscription rates and viewership among young folks are declining slightly, the real fights for television networks like MNET and the SABC’s are not being waged between television and online video.

Rather, they are being waged between the traditional producers of video content (CNBC, NBC, Skye, Fox, ABC, and other subscription networks) and the online native upstarts (YouTube creators, Netflix originals, Buzzfeed, AOL, etc).

The threat to the major TV networks is not that TV is dying but that new, digital-native properties are thriving.

In essence, television is evolving into an all-encompassing video category, one that includes content streamed over the internet on computers and mobile devices, as well as shows accessed on-demand via set-top cable boxes and connected TVs. The reach of any piece of content is as far and wide as social media wants to take it – the same content can appear, in varying forms, on TV, the internet, Facebook, Twitter, not forgetting newspapers and magazines.

The shift of of viewers from television to digital video is actually a good thing for brands: since viewers can’t fast-forward through online ads, they’re more likely to remember the brand featured than they would had they zoomed through the ad using the fast forward button on their PVR.

It’s important to remember that few consumers would say they love “internet video” or “television.” What they really care about is watching the stories that inform and entertain them, whichever medium is being used to convey them. It’s a classic case of “if you build it, they will  come”, so the challenge to every brand is to position themselves correctly, allowing for timeousness and relevancy of their content, and allow their stories to grow legs from there.

Modern PR therefore must be holistic in its approach to the media: coverage gained from young, hungry native platforms can be, and often is, more effective than coverage we consider traditional, both in terms of reach and customer engagement.

It’s the death of television as we know it, and we’re all the better for it.