While many view Mukuru as a technology company, its business is centred around helping people at a very personal level. From humble beginnings in a London flat in 2005, to African fintech giant in 2020, Mukuru’s journey has been one of turning challenges into opportunities for innovation – continuously motivated by a desire to improve the daily lives of its loyal customers.

In essence, Mukuru has harnessed robust digital platforms in a complex African context to innovate and provide a critical service to many communities. And while technology will always be an important enabler, for Mukuru it is about delivering a service to customers where they are – and finding the best and most robust solution available.

When it launched, Mukuru’s founders worked with developers to build a platform that would enable family and friends in the UK to send fuel coupons and groceries to families struggling in Zimbabwe. Although the text-based technology it used had a low barrier to entry, the service was only usable from the UK. In addition, Mukuru offered an international calling card option to Zimbabwe – allowing loved ones in the UK to call internationally.

The story in the early days was not one of smooth sailing. For example, database failures put the business at serious risk and threatened future plans. While others may have given up, Mukuru was completely invested into its vision, and everything was rebuilt within six weeks. From inception, Mukuru has had a resilience and can-do spirit that has become the interconnecting thread in everything the company does. 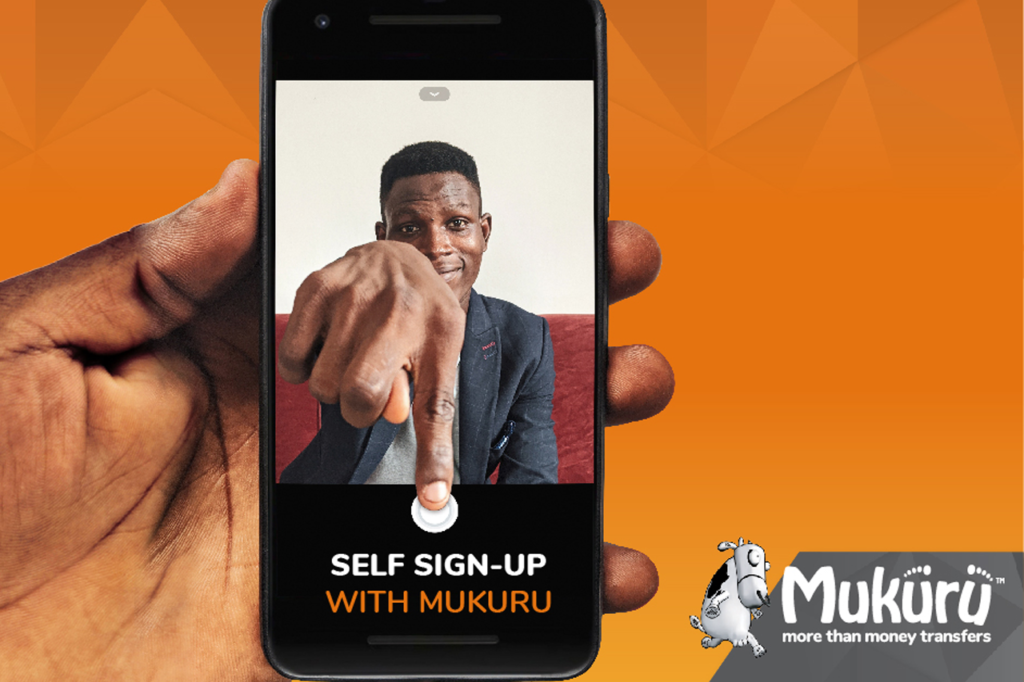 By 2009, Zimbabwe had dollarized and Mukuru saw an opportunity to start sending cash from the UK and Europe. This meant that migrant workers would now be able to send money home – easily, safely and affordably.

The following year would be the pivotal turning point for Mukuru. It launched financial remittances from Africa and moved its head office to South Africa, creating a joint venture with a company called Inter-Africa to build the Mukuru we know today.

At the time, people were reliant on an informal market to send money back home, but Mukuru wanted to change this – even though it meant that its technology would need to evolve to integrate with Inter-Africa’s branch network environment. Mukuru was focused on showing its customers that they had their backs… and could be trusted to get money to their loved ones and communities.

As the business grew, it started expanding into new African markets and used technology as the means to help people in their own journeys to financial inclusion. To this end, it established an agent army that uses an Android app to assist customers where they live. Instead of being inhibited by compliance requirements, it is also an enabler to grow key services. Agents visiting customers can verify their physical address and can also check passports and asylum papers.

By 2015, Mukuru had added a customer application to its offering that now included branch and agent services as well as a USSD self-help channel critical for the customer base. Because many of its customers were unbanked, it introduced the Mukuru Card – a simplified money account that gave them electronic access to financial services such as salary deposits, savings, and withdrawals from banks and retailers.

When Zimbabwe encountered another cash crisis in 2017 and banks were unable to service customers, Mukuru launched its now well-known Mukuru Orange Booth network that took over the cash logistics system. This meant people could still receive cash when they needed it most. It even started getting its own licences to become a financial services operator in many countries, so it could overcome the issues, from stifling its growth and negatively impacted customer service.

Throughout this journey, the company has kept on managing the scale of its operations by partnering with the right organisations and putting in place more innovative technology that could help facilitate this growth. For example, instead of investing in bulky on-premise servers and hardware, Mukuru had the foresight to harness AWS stacks and the benefits of scalable Cloud computing platforms – enabling the company to be flexible and responsive to its users and markets. Also aiding the team in this regard has been their expertise in Africa, and understanding how to work with people in a language that makes sense for them.

Today, Mukuru has 60 partnerships in place worldwide to enable more than 100 brands to provide cash out points. It has more than 800 Orange Booths across Southern Africa, and an established footprint in Asia. With over two million registered customers and more than 40 million transactions having taken place, Mukuru has highlighted how anything can be achieved if there is commitment, coupled with being agile, resilient and responsive to changing market requirements.

Testament to this, South Africa’s national lockdown has resulted in the company launching key self sign-up platforms as well as Mukuru Groceries. It is also fast-tracking customers into a digital-first world, and moving them on a financial journey towards accessing a digitised wallet, for example.

Mukuru’s journey has illustrated that success does not happen overnight, but rather requires grit, resilience and determination to harness the challenges, learn from them, and use them as leverage to provide services that customers want and need. It is not about the technology, but rather about designing robust solutions that address critical pain points – and empower people on their financial journeys.

Aligned with the customer’s journey

Importantly, one of the fundamental components of Mukuru’s success has been the ability to integrate technology and business in a way that directly benefits its customers. Whenever it encountered the challenge of people struggling to access funds, it would put in place a new retail or financial service provider partnership and introduce a new channel to facilitate this.

Instead of pursuing innovation for innovation’s sake, Mukuru’s mission has been to listen carefully to what customers need and want, and then build the relevant technology from there. And like a truly homegrown African company, its talent for frugal innovation – coupled with being entirely customer-centric – has naturally propelled growth and evolution at the opportune moments.