Are you feeding your audience’s appetite for video? 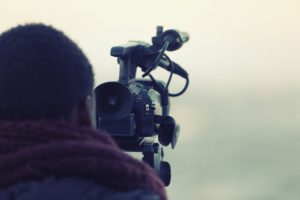 More people across the African continent are watching video content online, be it through social media platforms, streaming services, or through hosting sites like YouTube. These numbers are set to keep growing at a pace, with Ericsson’s ConsumerLab Report stating that online video consumption will grow by 55% per year till 2019.

Closer to home, a comprehensive survey by the Interactive Advertising Bureau (IAB), titled ‘Mobile Video Usage: A Global Perspective’, shows that South Africa registered as the second highest year-on-year growth in video consumption on smartphones globally with 42% – tied with Canada and New Zealand, and behind the United States (50%).

Brands should look to take advantage of this trend by supplementing traditional press releases with insightful, short, sharp videos that provide ‘exclusive’ comments not to be found in the written versions. This not only makes watching the videos worthwhile, but provides additional value to news outlets that have an active and sizeable online presence.

Some 13 million South Africans are on Facebook – which now places huge emphasis on video content – with 77% of them accessing the site via mobile. This gives marketers and advertisers access to a huge and targetable audience – though the content being used needs to be tailored to capture an audience on the move.

Twitter and Instagram allow for short video (between 30 to 60 seconds depending on the platform) to be natively shot and uploaded from a mobile device, and brands have had huge success with increased video content on the latter.

These can be filmed on mobile devices, with minimal post editing, and can be used with great effect across a company’s social media platforms, helping break the monotony of static text and images on a timeline.

While short video has for long been the preferred choice, increased access to broadband connectivity and declining data costs are changing this. 36% of the IAB survey respondents said they watched videos of over 5 minutes daily, or even more frequently, and these statistics make a clear case for increasing the use of video in broader content marketing.

Longer, more expensive productions can be used for webinars, and for creating marketing or advertising material, and even for introductory videos that are to be used on a website homepage or a special campaign landing page.

A list of interesting stats from Insivia shows that:

While brands might not necessarily have the resources to indulge in large scale productions that result in well-packaged videos for marketing and advertising, they should not ignore the possibilities of short video. Below is an example of short video done for a client; it was filmed with a smartphone, and contains minimal post-production.

They’re a relatively quick way to bring social media platforms to life by using spokespeople to give the company a human face, deliver meaningful messages, and build a closer relationship with social media fans.

And, being inexpensive, it also provides companies with the perfect way to start using video on their online and social media platforms.